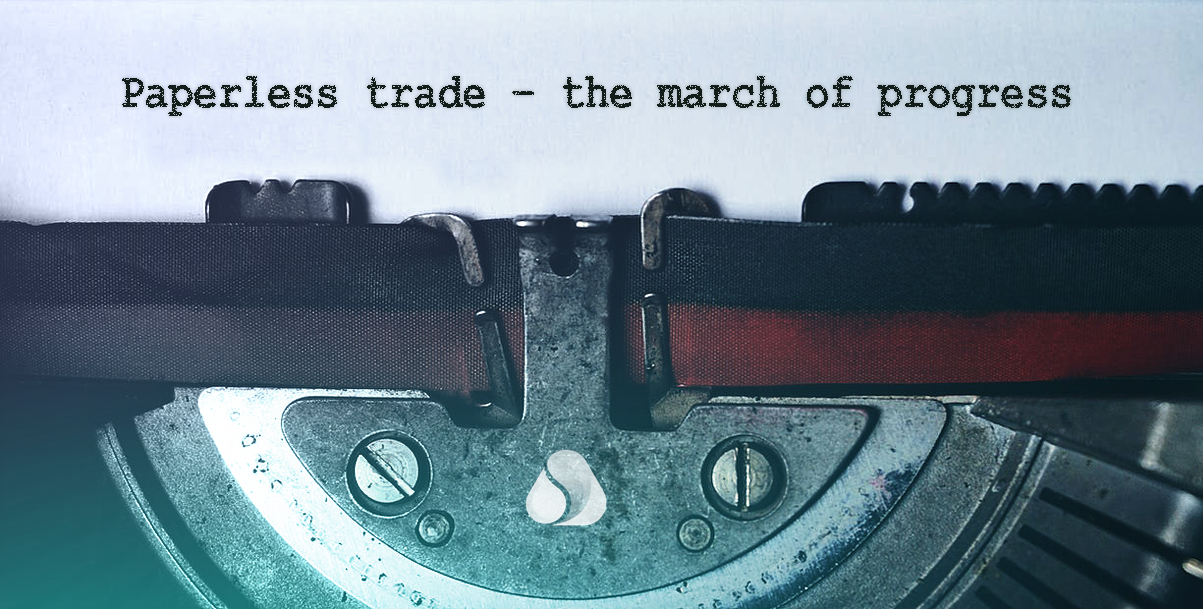 Paperless trade – the march of progress

In September this year, we saw the best of British ceremony, pomp and tradition as the country mourned for Queen Elizabeth’s passing with a timeless display of historical theatre. Watching the horse and carriage parades, we could have witnessed events from two hundred years ago when British ships ruled the seas. The globe was painted pink and British merchants led the way in global trade.

It was a celebration embracing the old way of doing things. But there are some times when the old ways are not necessarily the best ways, and so whilst the world of international trade has moved on, it is surprising that the way transactions are documented largely hasn’t.

Which is why news from the UK last month that legislation was being passed to allow paperless trade and help move UK trade into the digital age is a long-awaited step in the right direction. For those of us involved in digital trading, we know that, done right, digital documentation for trade is not just more secure than a physical paper trail but also much more efficient. And because you’re not reliant on paper, it’s far easier to keep track of transactions to enable better, auditable record-keeping and aggregate data to see trends, gain insights and make more informed decisions.

As we’ve seen with the Queen’s funeral parades, the UK likes their marching. In acknowledging digital, paperless trading, we are at least witnessing the inevitable march of progress, with one more example of the world embracing the benefits of a digital economy.

Back to News and Media

You are now scheduled to receive our regular newsletter. You can unsubscribe at any time if you wish to do so.

Enter your details below and we will be in touch with you as soon as possible.

We have received your request and we will be in touch with you shortly.

We have received your request and we will be in touch with you as soon as possible.

Enter your details below and one of our sales staff will get back to you within 24 hours.